Seven Homes is excited to host our third annual golf tournament this September. We are especially excited because we have the unique privilege to welcome Scottie Pearman to join us for what should be our best tournament yet!

Scottie Pearman lives locally in Greensboro with his wife Bekah and two children. Scottie grew up playing golf in high school and has since played recreationally. Scottie candidly shared, “I have always been able to hit the ball further than anyone else I played with.” He shared that while he was always interested in long drive, the timing never worked out to pursue it professionally. In 2018, his wife went into preterm labor and gave birth to their son who weighed only 1 lb 9 ounces. Scottie shared what a scary time that was for their family.  They were in shock and didn’t know what would happen, and they felt unprepared. Their son spent 109 days in the NICU and survived 3 surgeries. They have had to watch their son try and survive every single day. The experience with their son made them realize that God was at work in and through their family. Once their son came home from the hospital Scottie knew he wanted to pursue his dream. Xander taught him anything was possible with God.

Scottie’s path crossed with a professional golfer and he decided to pursue the amateur long drive in April 2019. By August 2019 won the World Amateur Long Drive Championship with a hit coming in at 410 yards, he was the only person in the tournament to hit it over 400 yards. His plan for this year is to compete in the Dominican Republic in April for the amateur long drive as the representative for the United States. Then Scottie will transition and have his first official professional event in May 2020.  He realized that he could make something with his talent and his abilities to raise awareness for “little warriors” out there like their son. Scottie said he wanted to use his gift to help bring awareness.

He went on to say that Seven Homes is a unique opportunity where he feels called to be involved to fight for the vulnerable. Scottie and his wife have friends that have adopted through Seven Homes. They recognize the joy that adoption brings for families and the blessing of vulnerable children in families whether it be a micro preemie like his son, or a foster child like their friend’s baby.

Scottie will be at our Seven Homes Golf Tournament hitting long drives for those who want to utilize his skill to help their overall score!  For a small donation, Scottie will hit your first swing on a Par 5.  Not sure yet if it is worth it??  Come out early to the tournament and check him out on the driving range, he will show you what he can do.  Included in your registration for the tournament is UNLIMTED Range Balls so you can take a few swings with Scottie Pearman.  CLICK HERE to register now! 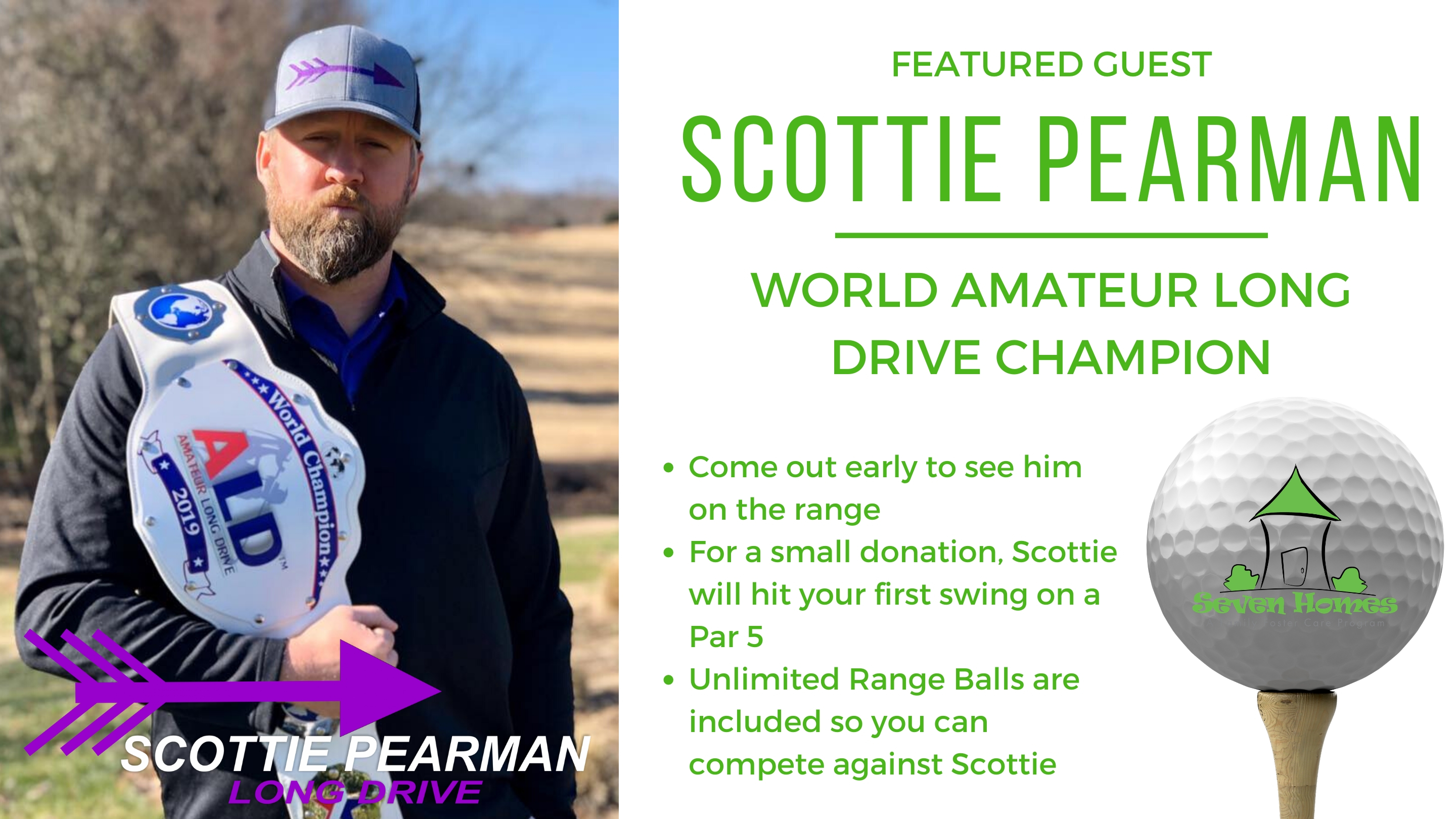